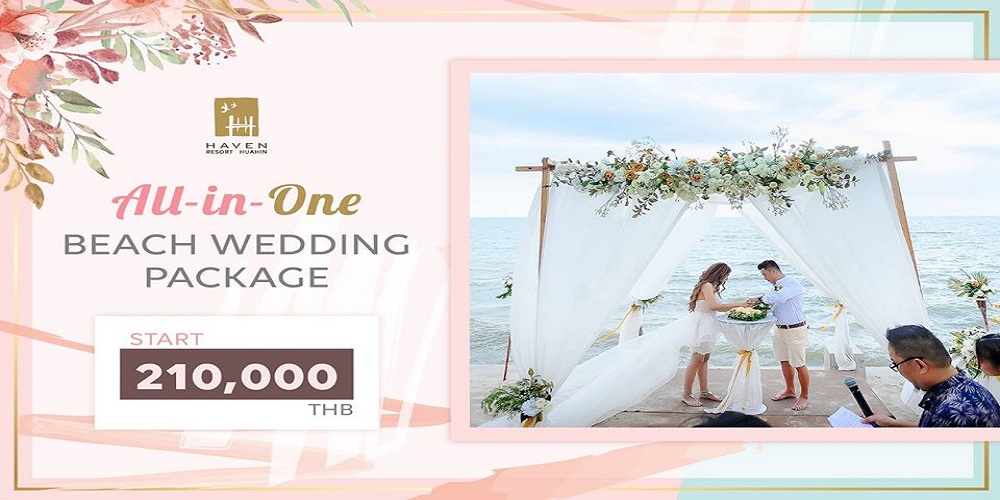 Priyanka Chopra and Nick Jonas got engaged in late July in Greece, and capped off their engagement on the bride-to-be's 36th birthday in London–in a romantic gesture right out a scene of a movie. Straight out of the opening scene of Sweet Home Alabama, Jonas took his bride-to-be to Tiffany & Co., where Chopra selected the ring of her dreams. The couple then set out to plan a multi-day celebration in Jodhpur, India–packed with celebrity guests, multiple outfit changes, a palace venue, and much, much more. This was Hollywood's version of the royal wedding. Here, everything you need to know about Priyanka and Nick's nuptials. 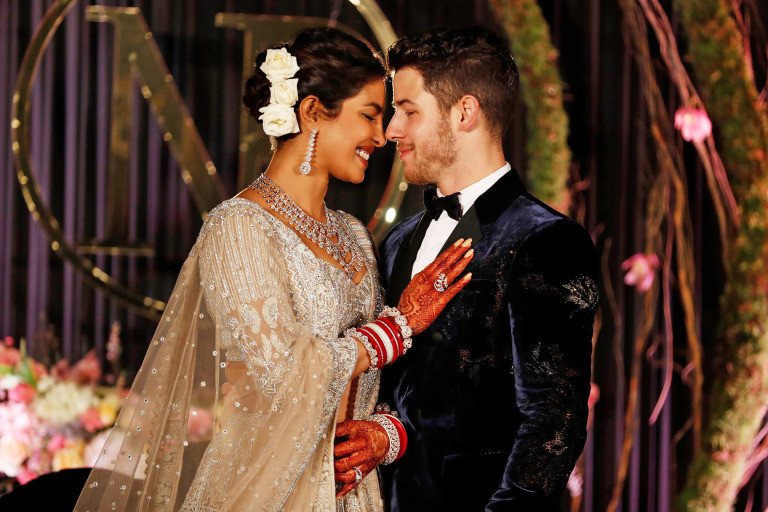 Nick Jonas and Priyanka Chopra were spotted attending a puja ceremony on Wednesday at Chopra’s house in Mumbai, India.

The former Quantico actress wore a baby blue design with a floral pattern and silver embellishments, while her musician fiancé looked marriage-ready in a pink kurta.

A puja ceremony is a prayer ritual often performed to spiritually celebrate an event. Joe Jonas and his fiancée Sophie Turner also attended the traditional ceremony. 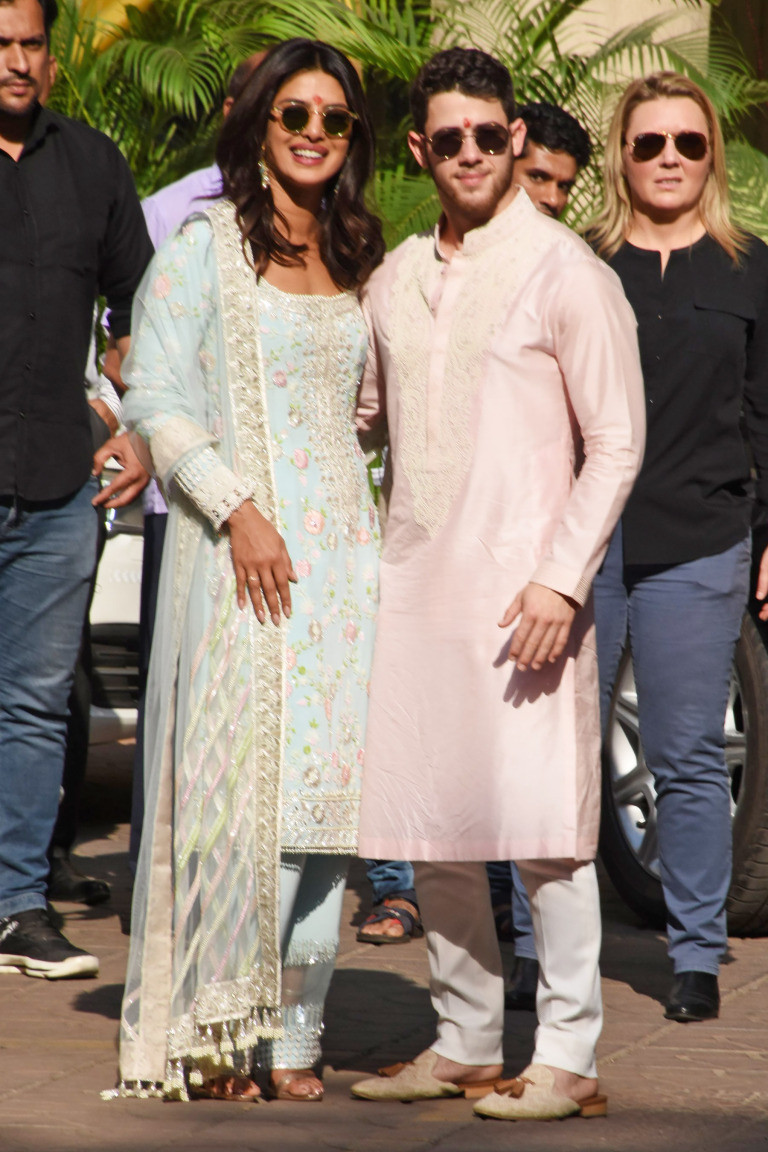 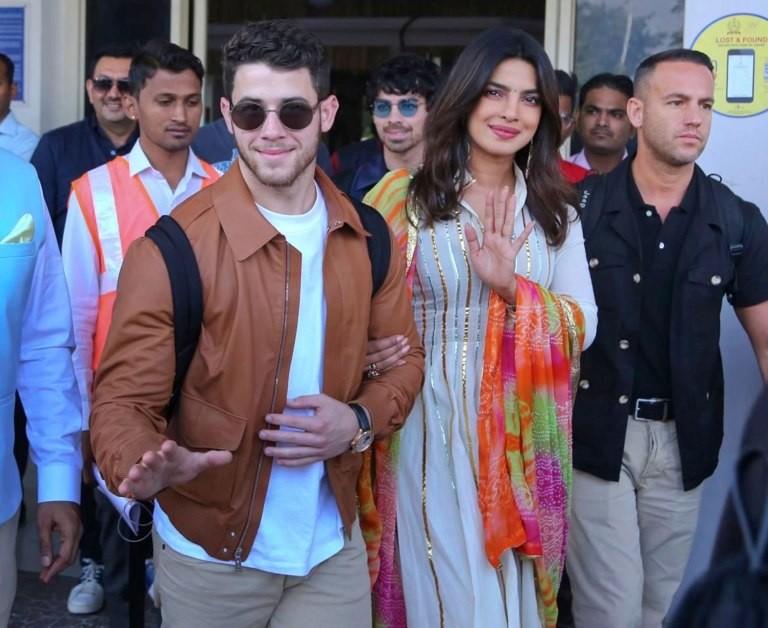 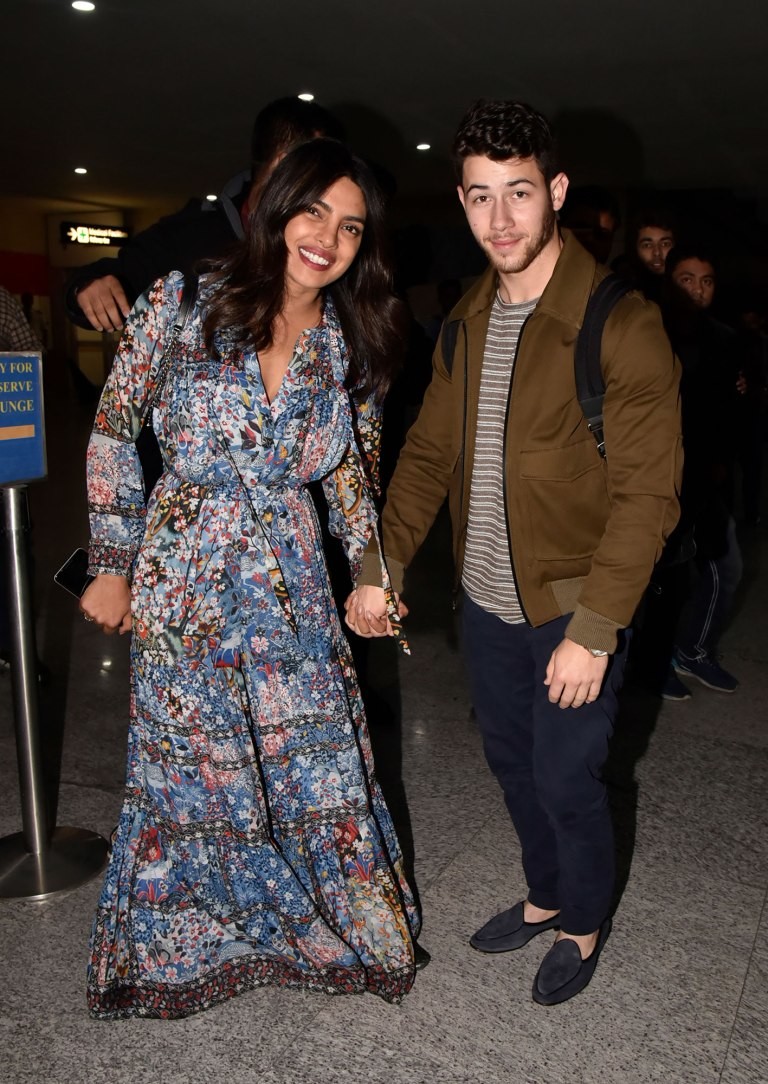 The party kicked off on Friday with the Mehendi ceremony, an Indian wedding ritual that typically happens one or two days before the wedding. In a typical Mehendi ceremony, all of the women in the bride and groom’s families, along with close friends, gather together while the bride has elaborate henna designs applied to her hands and feet. Guests will usually get a few designs on their hands as well.

“One of the most special things our relationship has given us is a merging of families who love and respect each other’s faiths and cultures,” Chopra, 36, and Jonas, 26, both wrote in an Instagram post after the event. “And so planning our wedding with an amalgamation of both was so so amazing.” 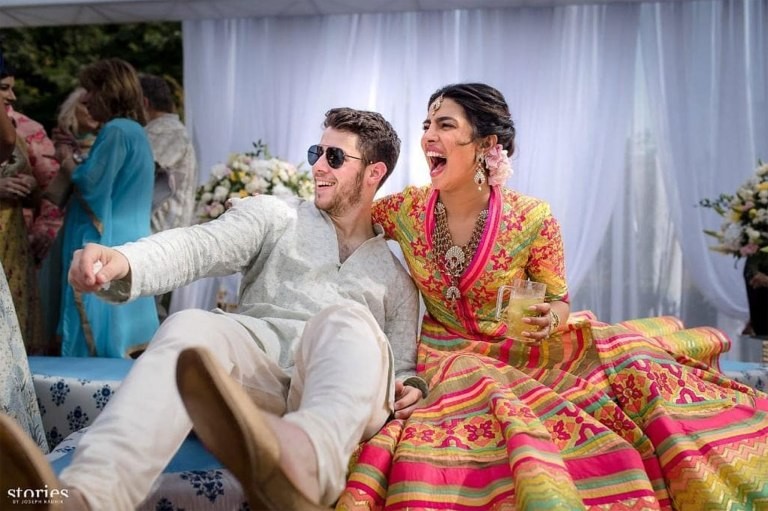 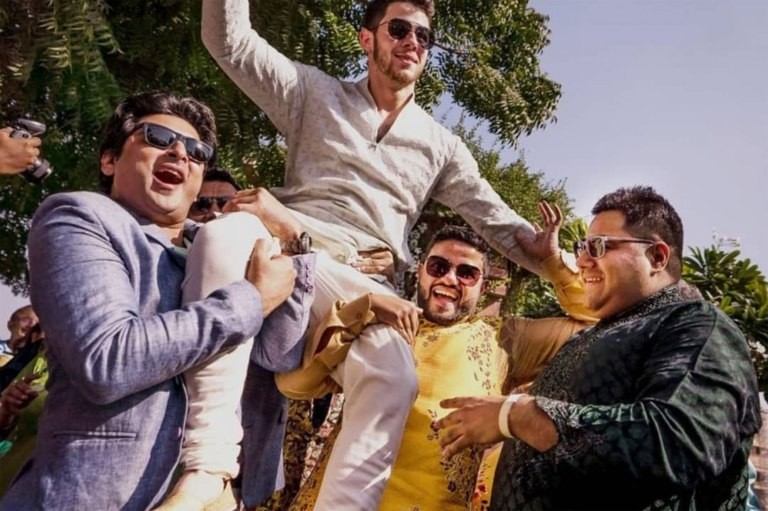 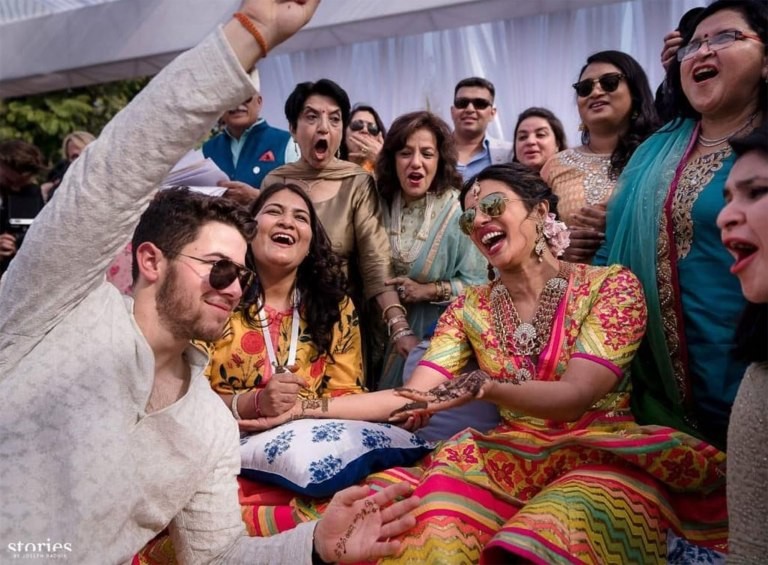 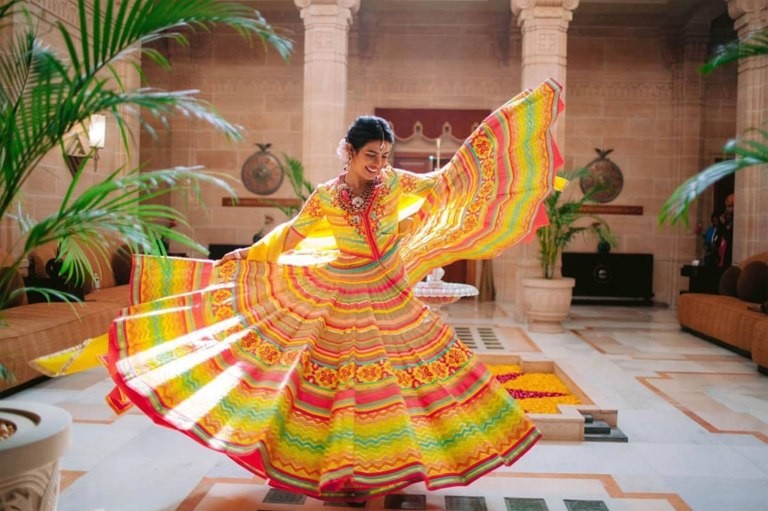 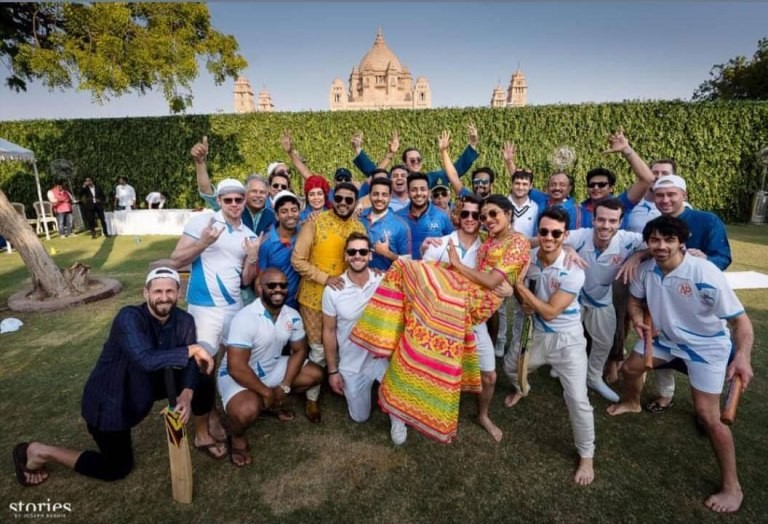 Ahead of the big day, fans got a glimpse of the breathtaking wedding venue, the Umaid Bhawan Palace in Jodhpur.

Guests shared photos of the wedding welcome bags, which included a box called an “Oh Sh— Kit,” Indian-inspired snacks and some booklets about both Western and Indian wedding traditions (one is even called Indian Weddings for Dummies). The gifts also showed off the couple’s monogram that combines their initials, N and P.

Friday night, guests joined in the Sangeet, at which both families performed elaborate musical numbers with choreography and costumes.

“It all began as a fierce song & dance competition between the families but ended, as always, as a huge celebration of love,” Chopra wrote on Instagram along with a series of videos and photos from the big night. “Nick and I were looking forward to the Sangeet (musical evening), another pre wedding ritual.. and to see what each side had put together.” 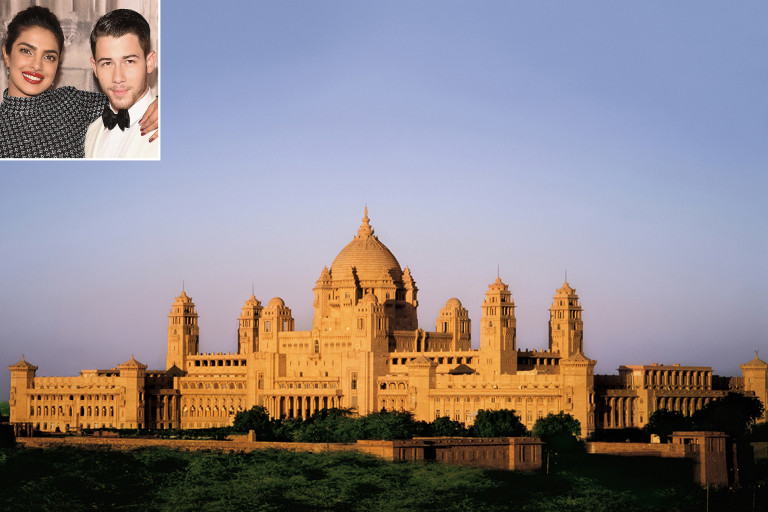 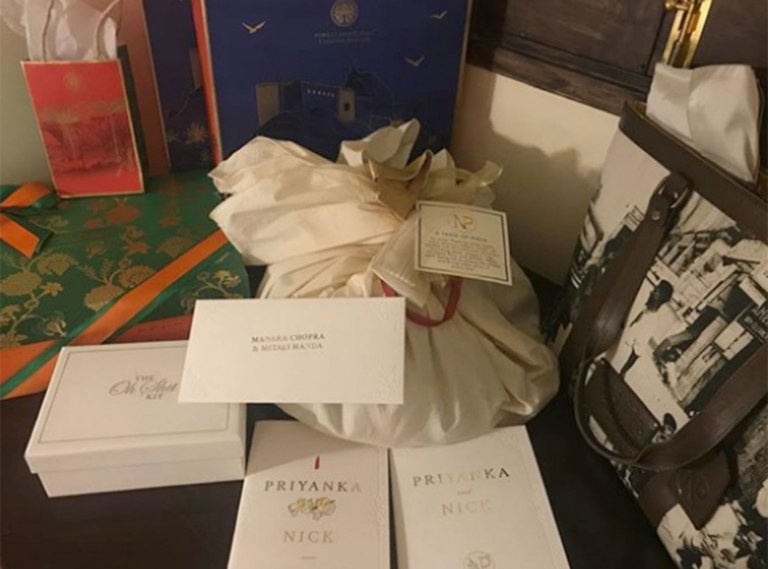 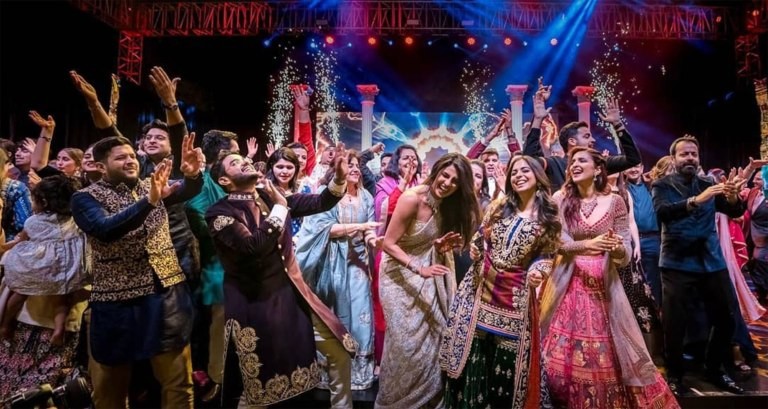 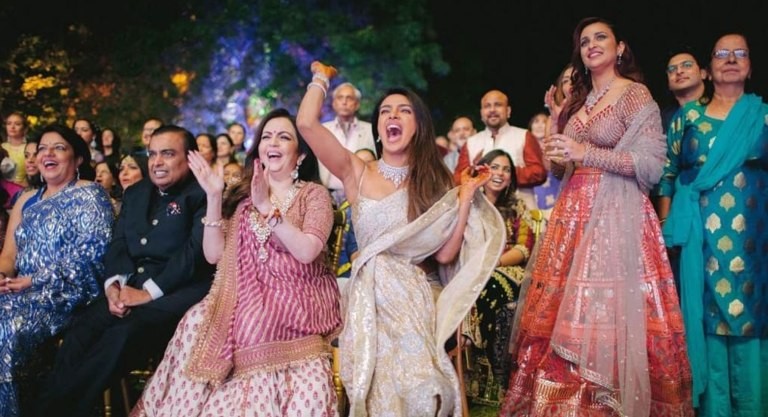 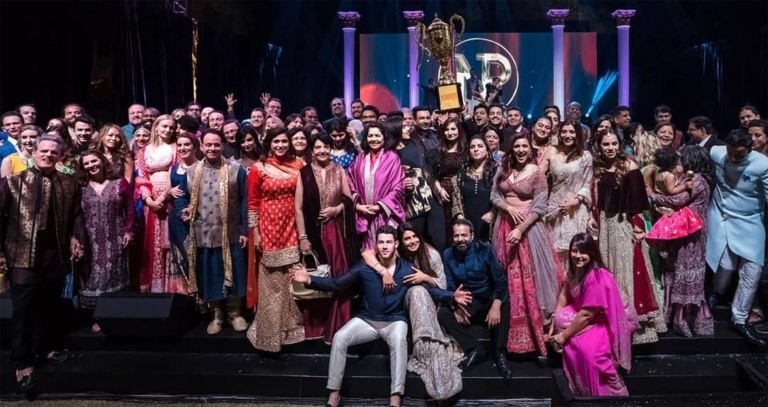 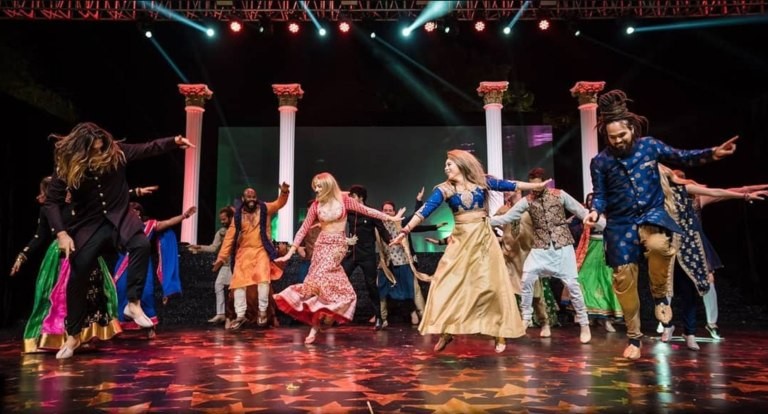 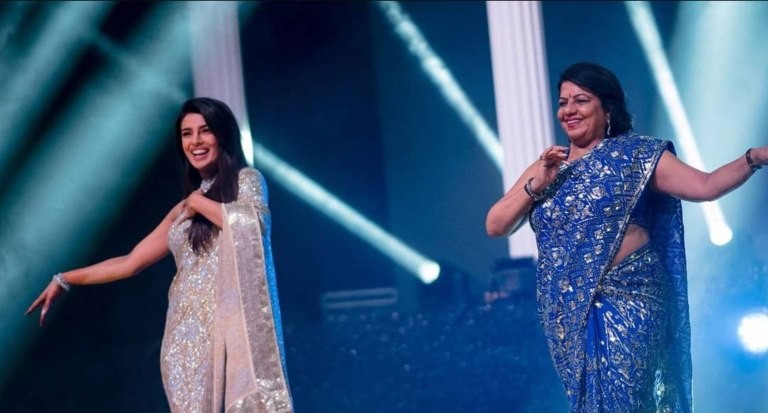 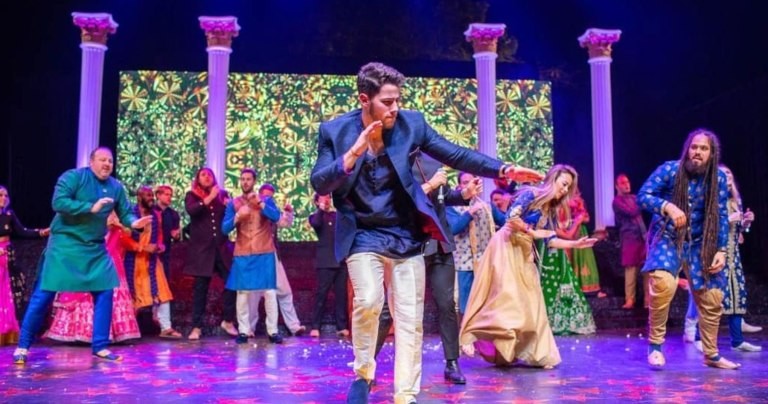 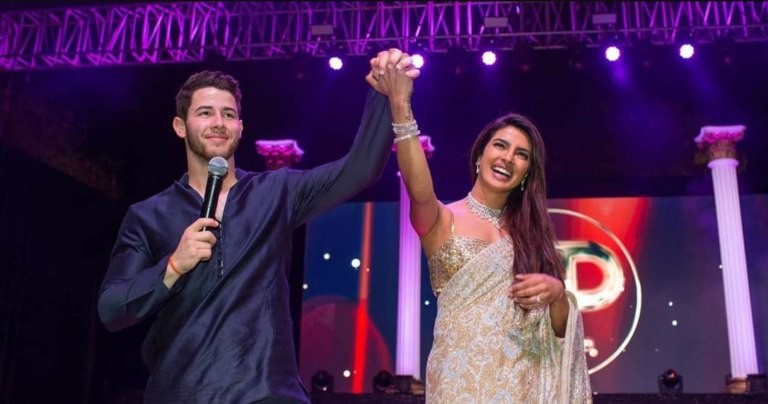 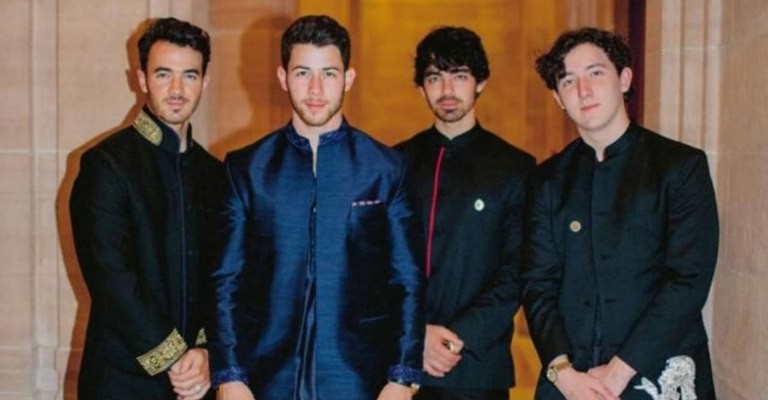 On Saturday, the couple said “I do” in a Western ceremony officiated by Jonas’s father, Paul. Chopra was a glowing bride in a custom Ralph Lauren wedding gown, and Jonas, too, wore Ralph Lauren. In fact, so did both families, all of the bridesmaids and all of the groomsmen (which also included Chopra’s brother Siddharth). 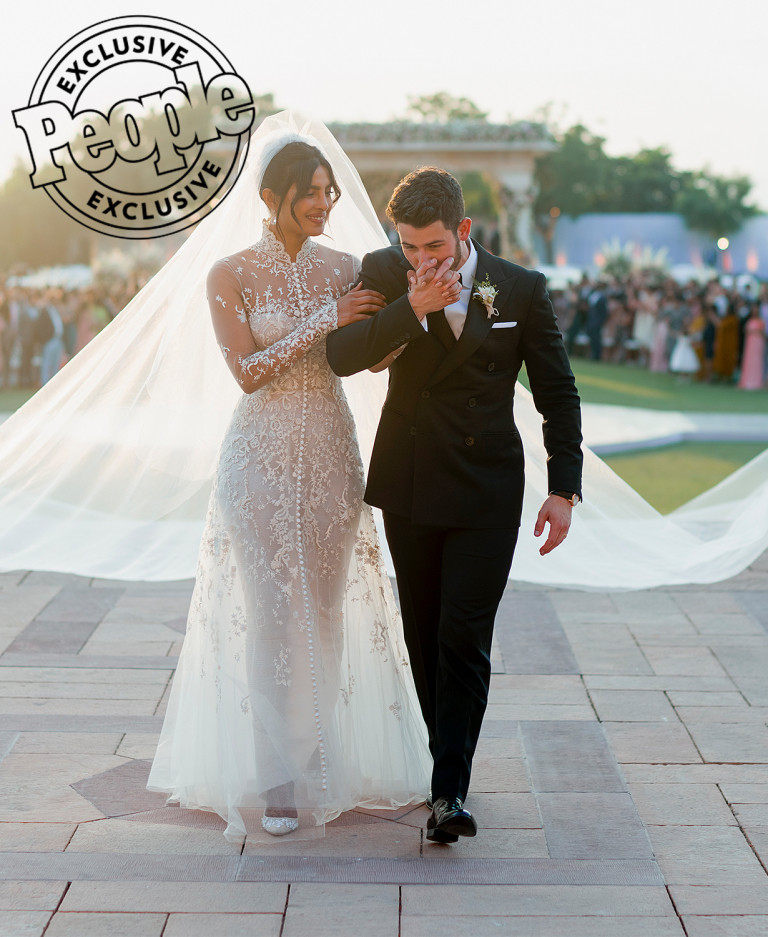 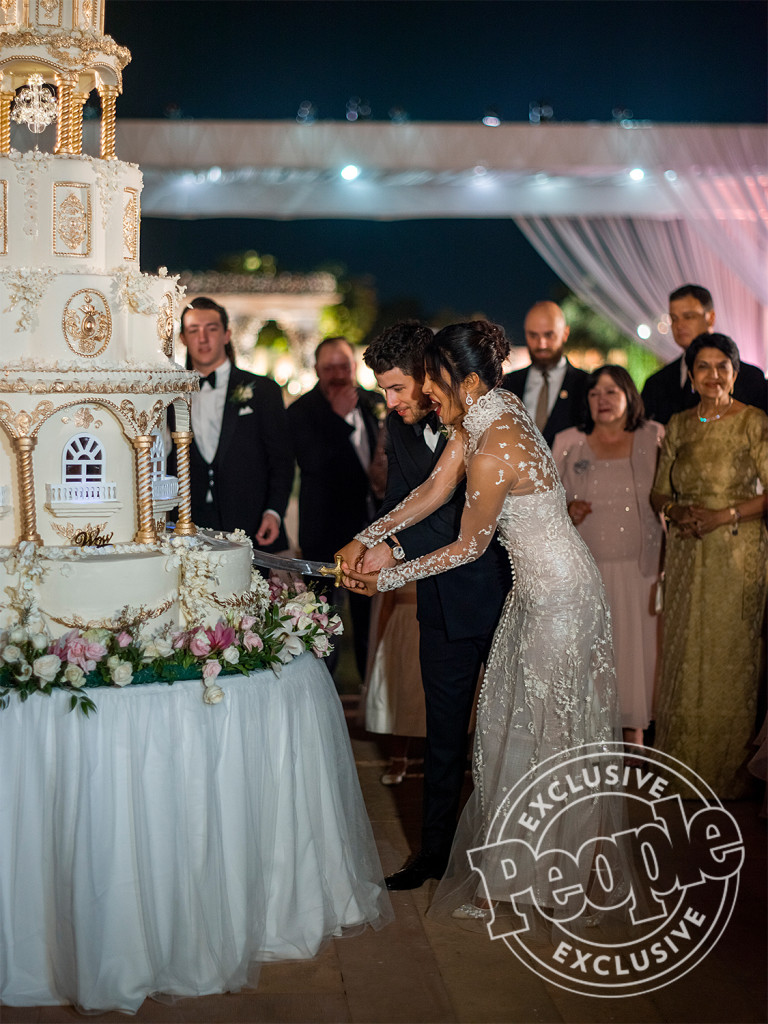 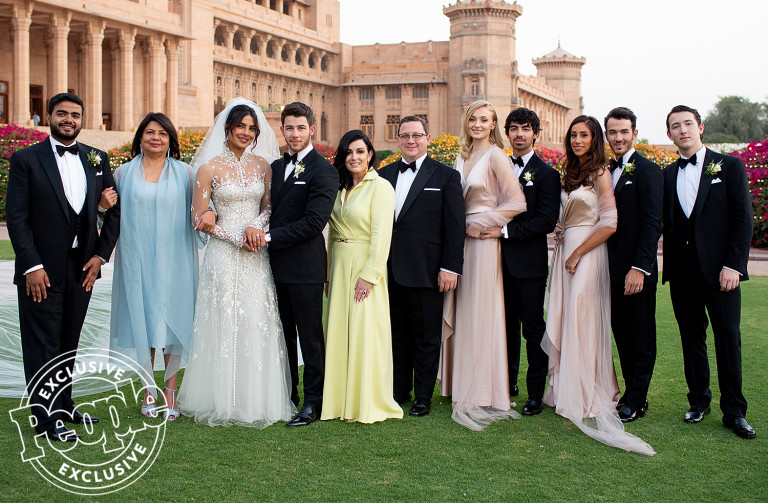 The pair’s Hindu ceremony took place the next day. “Being able to have two big weddings, in India, with our closest family and friends was unbelievably special,” Chopra told PEOPLE. They concluded the weekend with a Bidaai, a bridal ritual where Chopra’s family blessed her new life with Jonas. 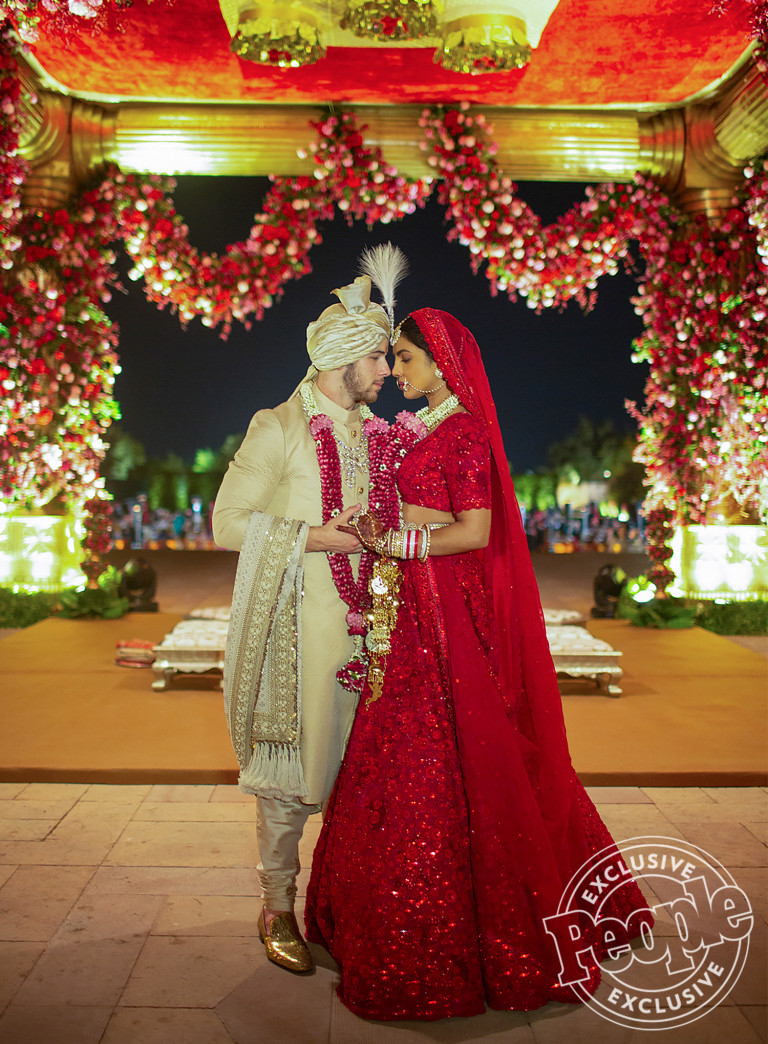 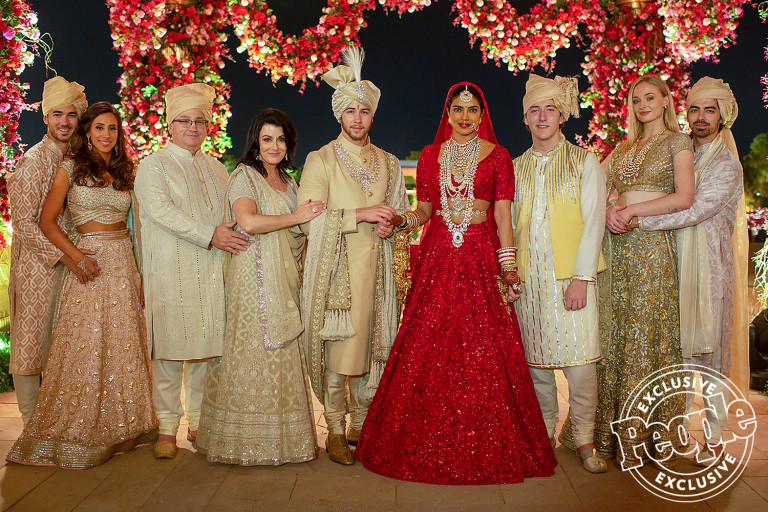 But there was still more to come! On Tuesday, the newlyweds and their families celebrated again at a reception in Delhi.

“I love that our wedding was a religious mash-up,” Chopra told PEOPLE. “We took beautiful traditions that we both grew up with and personalized them in a way that made sense for us. It’s been incredible to find the commonalities between our beliefs and figuring out how to blend them in a respectful and meaningful way.” 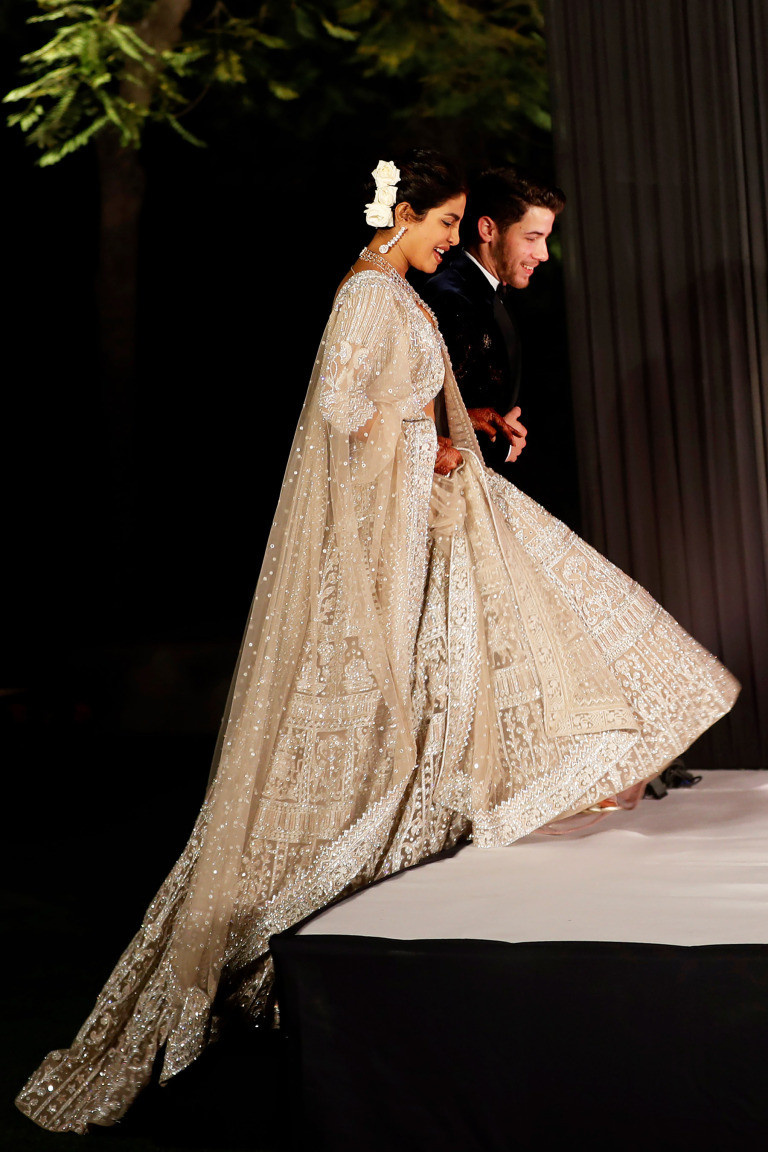 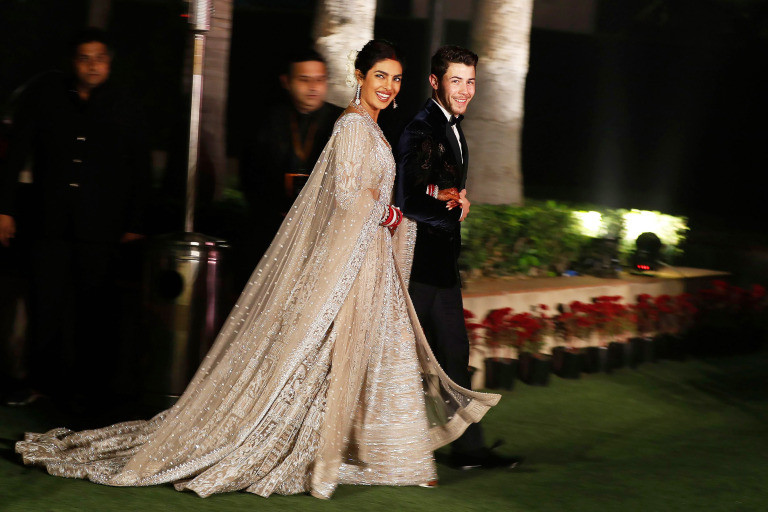 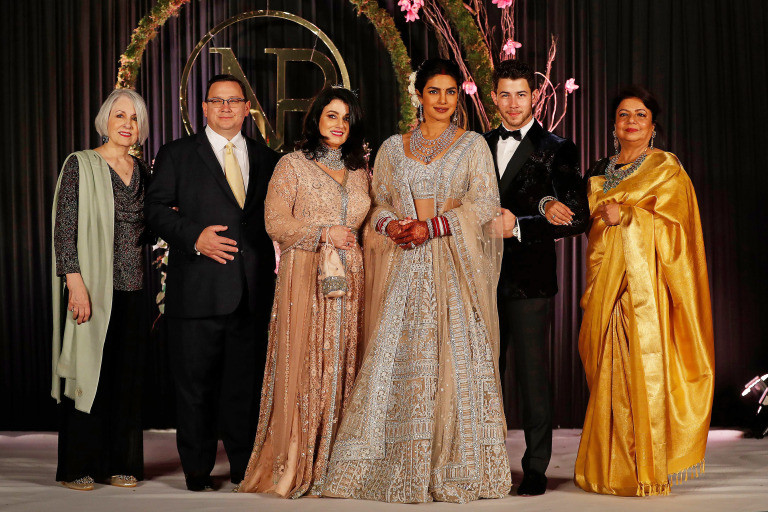 5 Most Talented Mehendi Designers for Indian Wedding in Bangkok